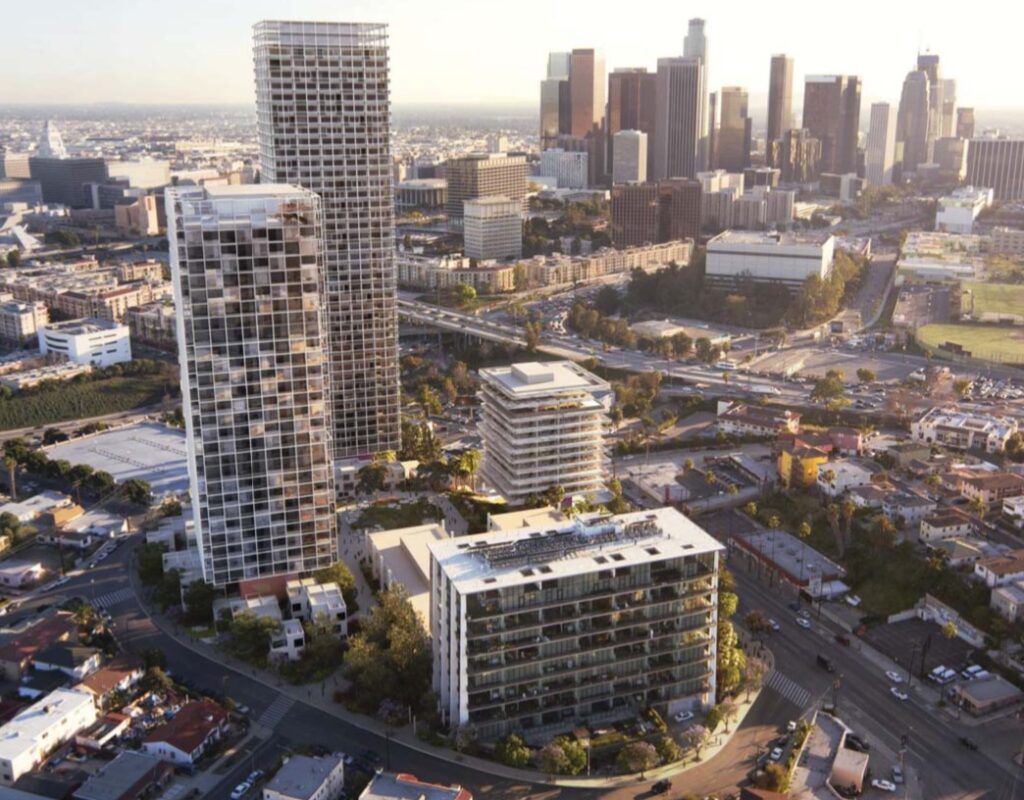 At the City Planning Commission (CPC) meeting on February 24, 2022, the CPC approved the project proposed at 1111 Sunset, including the Final EIR, Vesting Tentative Tract Map, density bonuses, and conditional use permits for on-site serving of alcohol at 13 commercial establishments and the hotel.

Next: The project heads to City Council for final approval.

About the Project:
The 1111 Sunset Project (Project) is a multi-building, mixed use development with up to 1,019,034 square feet of new floor area on an approximate 6.19 acre site.

Under either scenario, the proposed uses would be built within four primary structures above a screened six-level parking podium, which would be partially below grade and partially above grade, including two residential towers (Tower A and Tower B), a hotel/residential tower (the Sunset Building), and a commercial building that could include office, retail, restaurant, and parking uses (the Courtyard Building). Separate from the primary structures, three low-rise, non-residential structures would be oriented towards Sunset Boulevard and Beaudry Avenue. In addition, a portion of the proposed residential uses would be located in low-rise residential buildings (not part of Towers A and B) dispersed throughout the eastern and southern portions of the Project Site around the base of Towers A and B. The existing Elysian apartment building, which is located on the Project Site, would remain, is not part of the Project and its surface parking will be relocated with a newly constructed parking facility. The Project also includes the removal of four existing vacant buildings comprising approximately 114,600 square feet of floor area.

For more information, or if you have further questions or concerns, please contact Cecilia Lamas at cecilia.lamas@lacity.org.

• Regular Board — Monthly, 4th Monday, 5pm
• Special Board — As Announced